The bees are floating from blossom to blossom on the boysenberry vines, pollinating just they way we expect and appreciate so greatly. The cucumber plants are regularly wound around their support twine, ensuring healthier fruits. Swiss chard, fava beans, and tomato plants are all reveling in the sunlight. Strawberries surreptitiously arrive, often hidden in the shadows of their leaves. And like little treasures, hundreds of potatoes are being unearthed from dark soil. The farm is humming along nicely, as you can see. 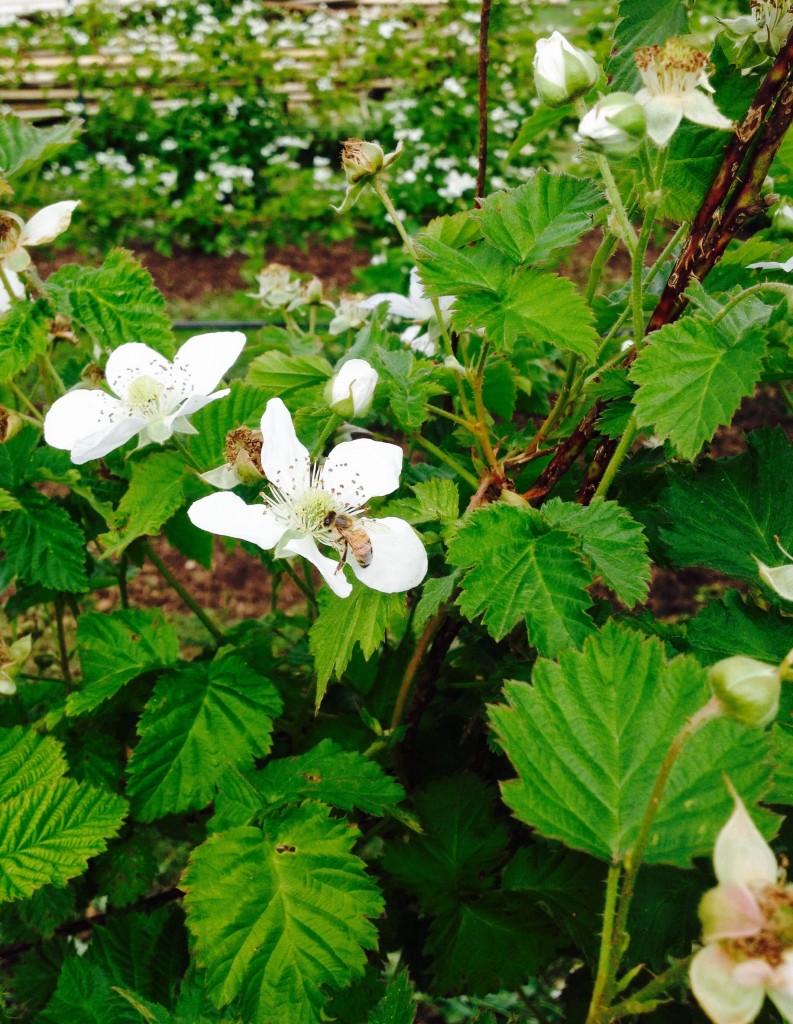 Margarita winds cucumber plants up around their support twine after they have grown taller. 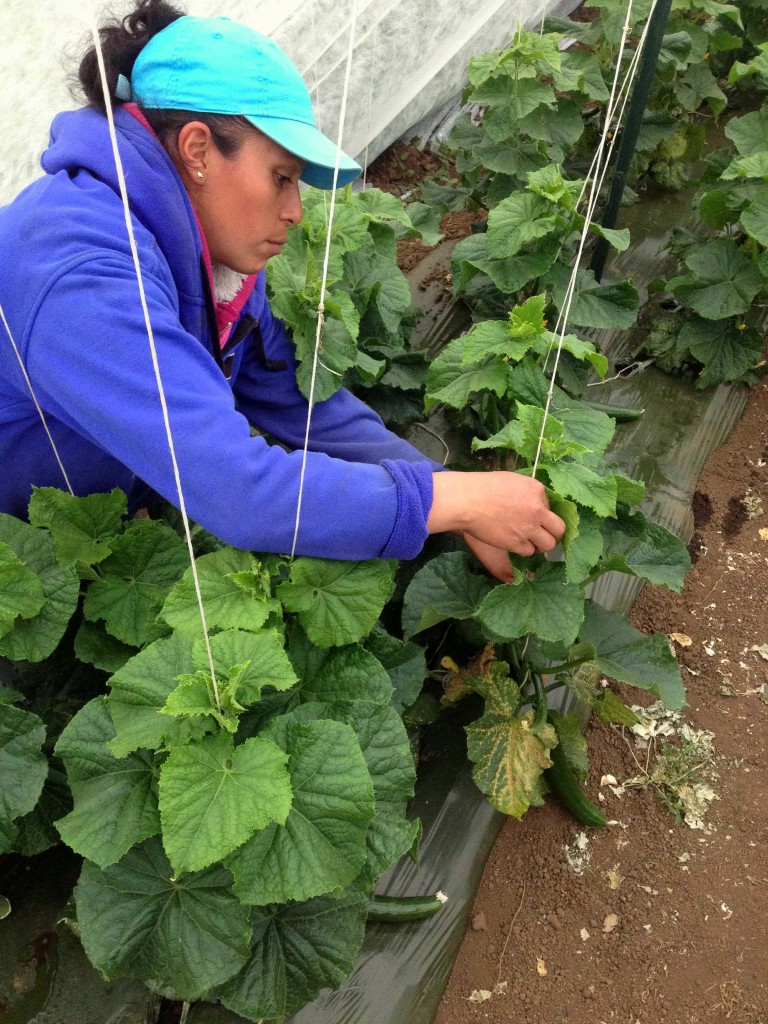 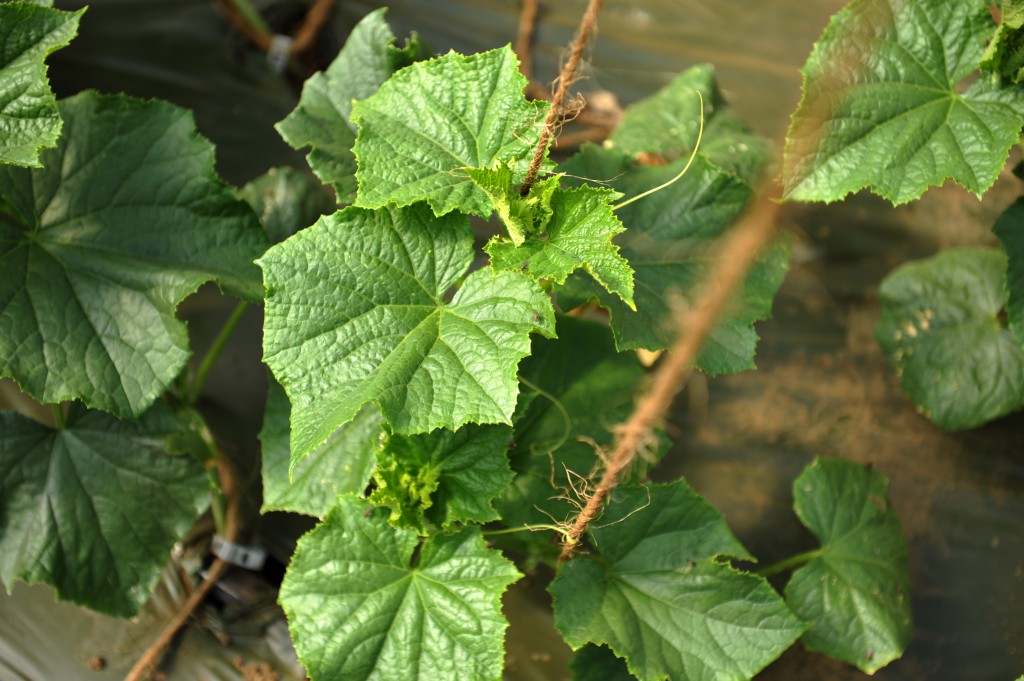 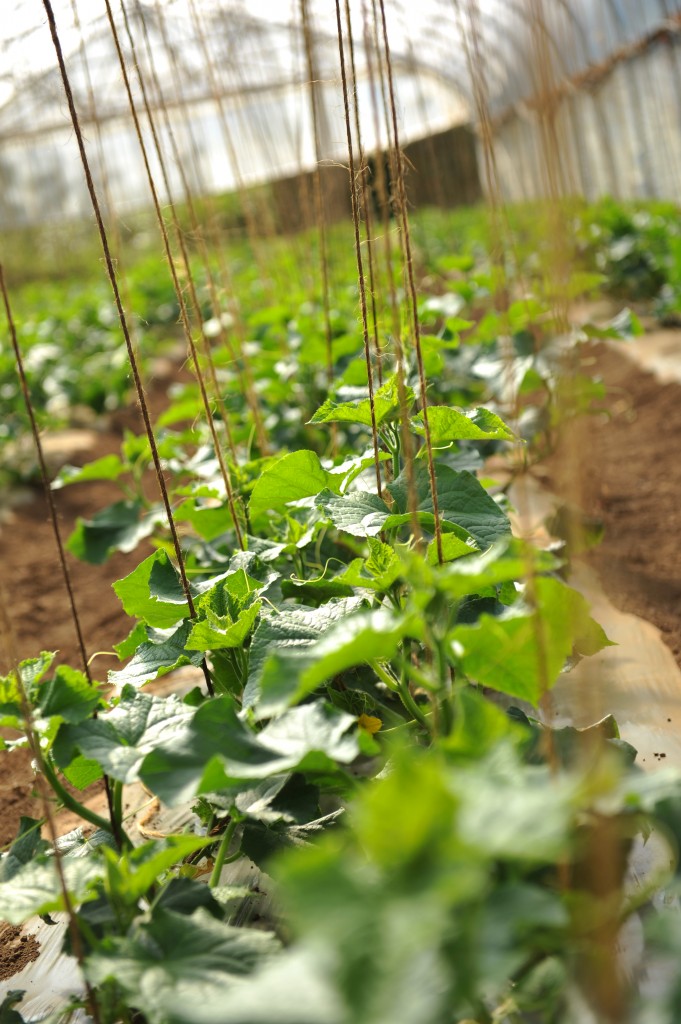 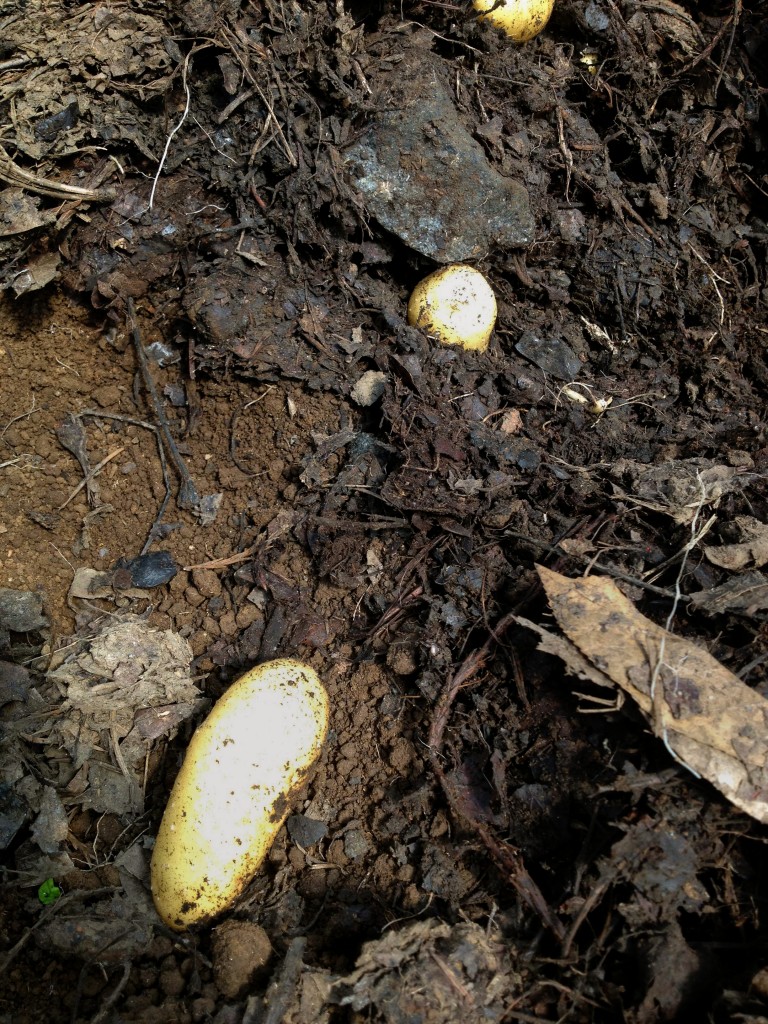 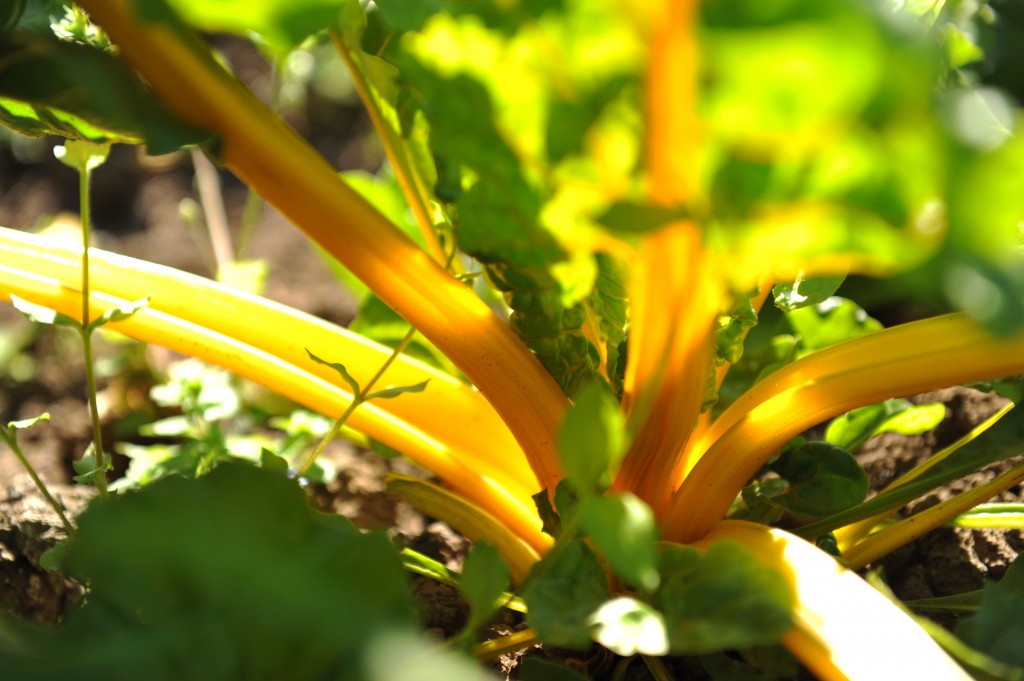 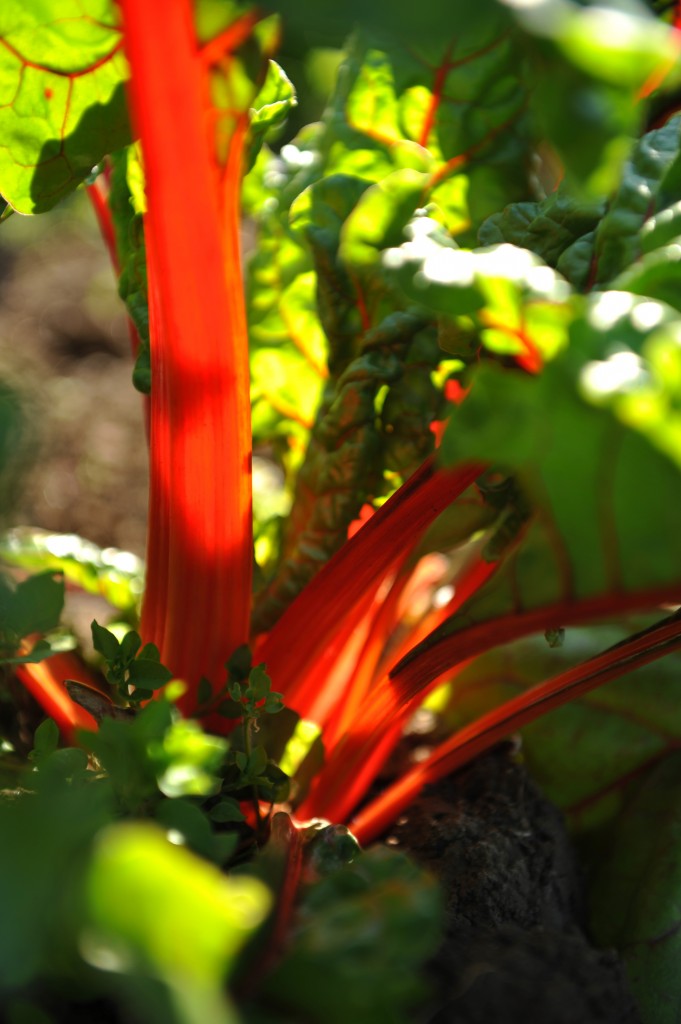 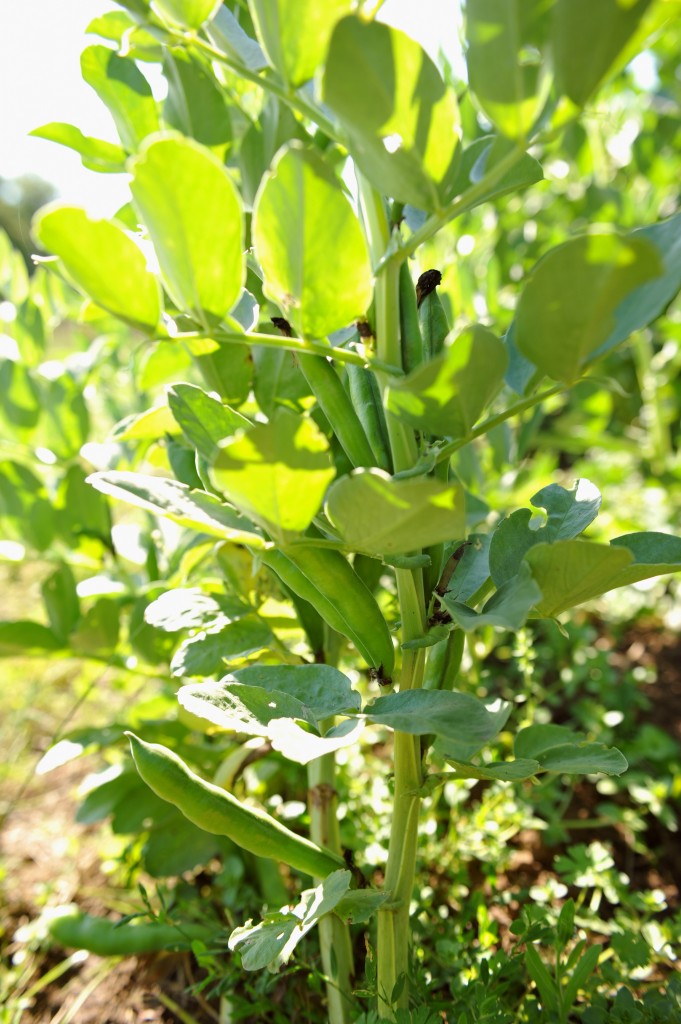 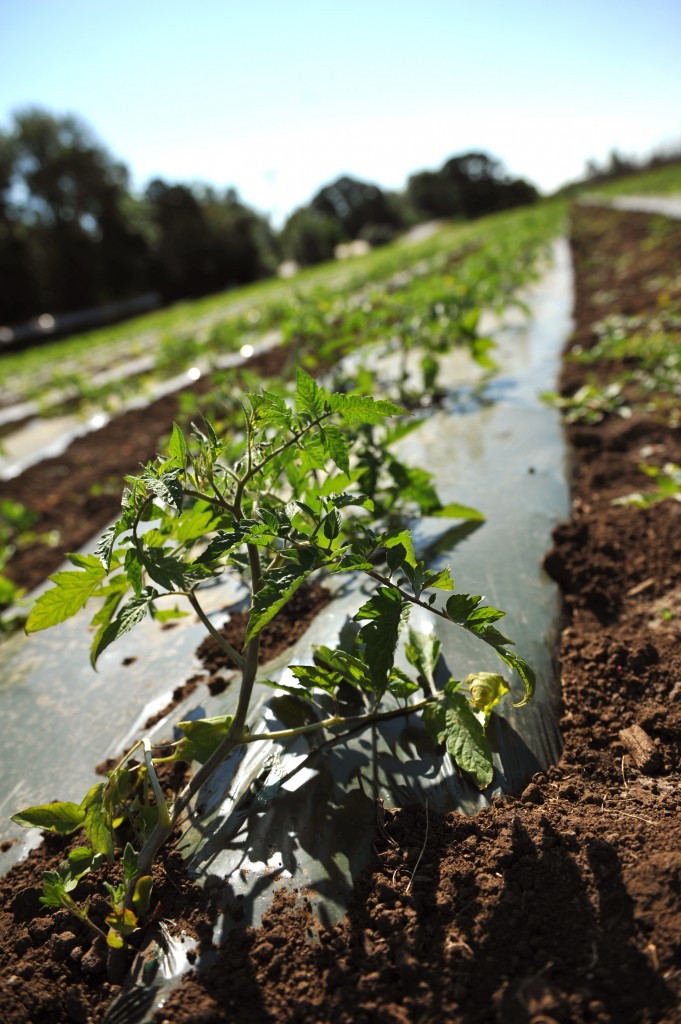 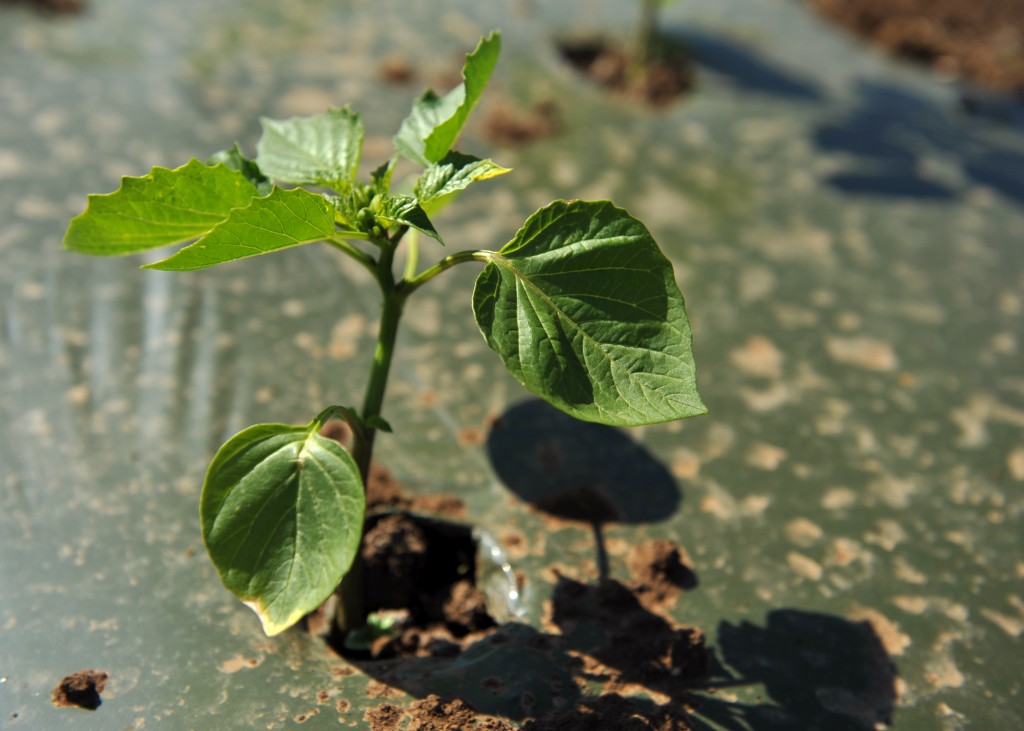 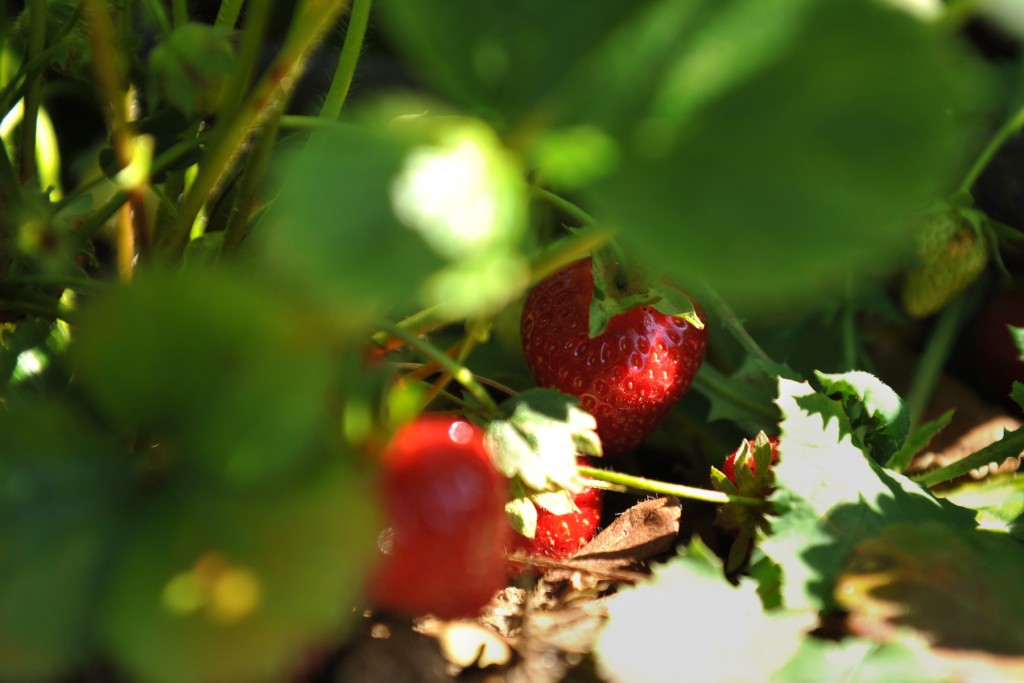 Fields getting some much needed water on a hot, sunny day. 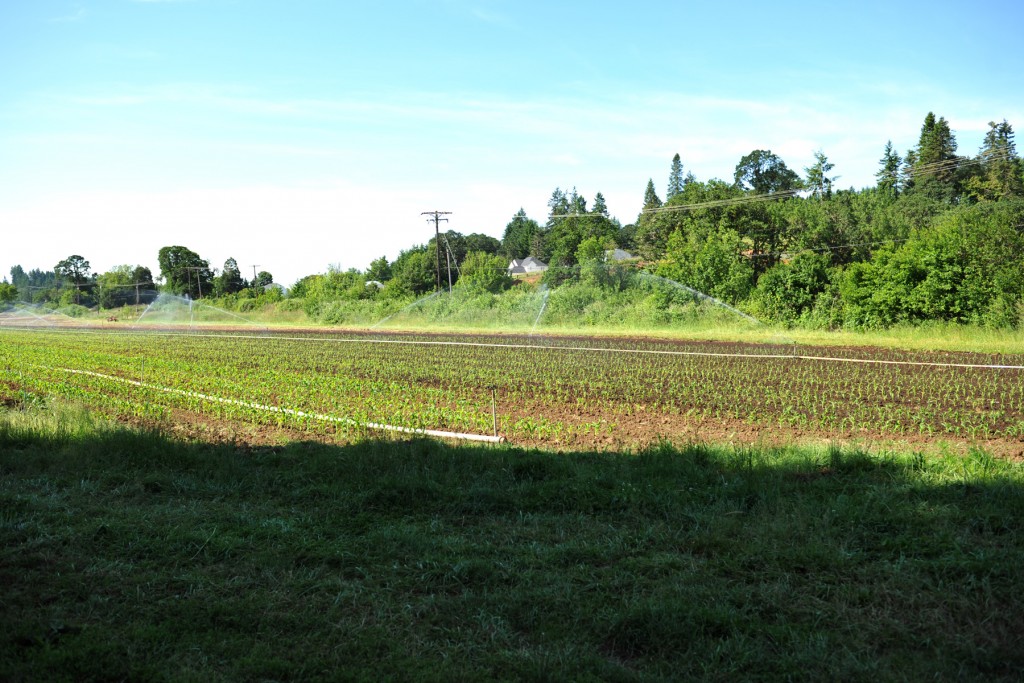 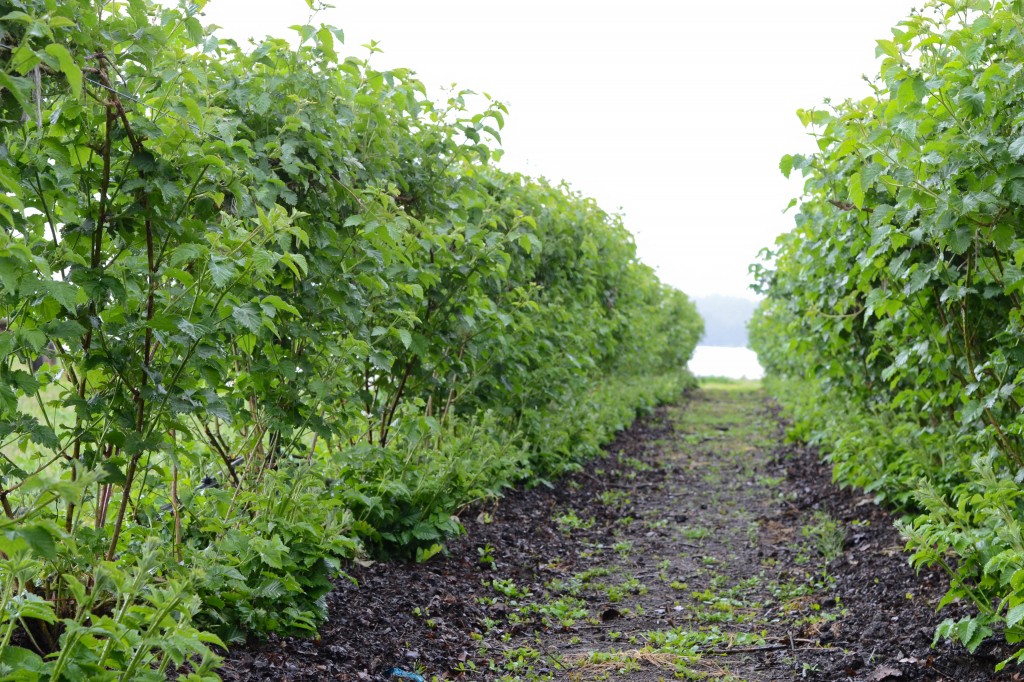 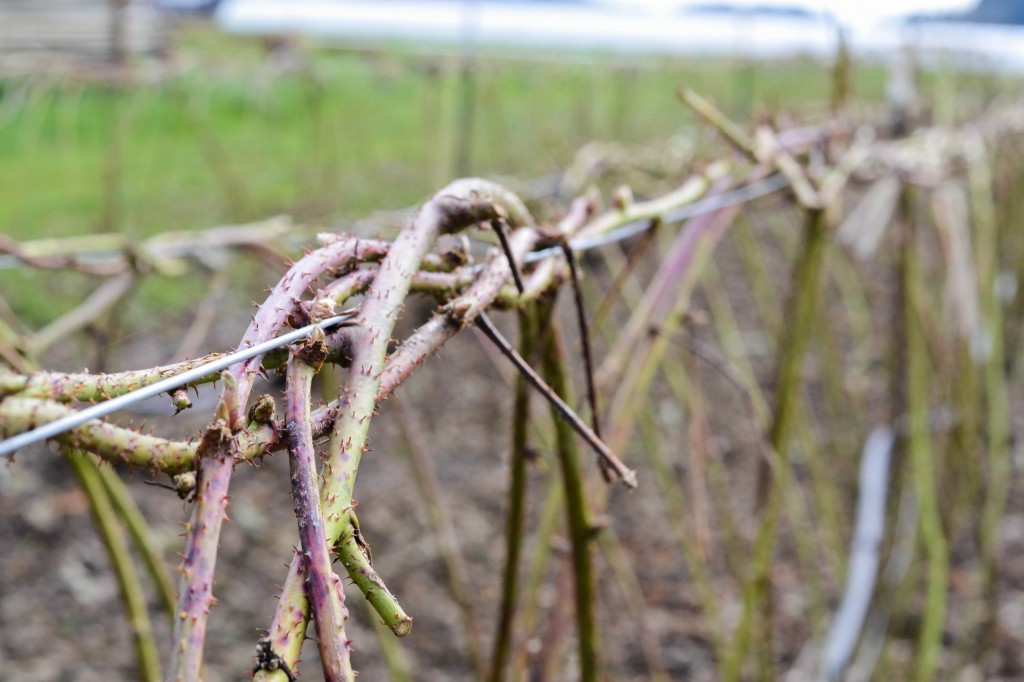 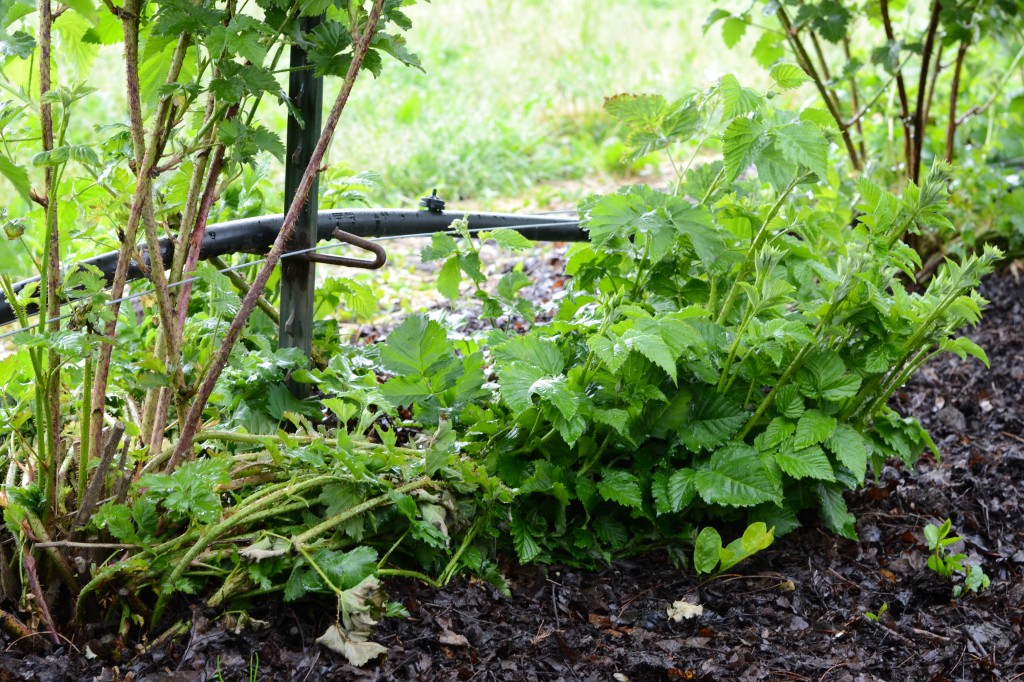 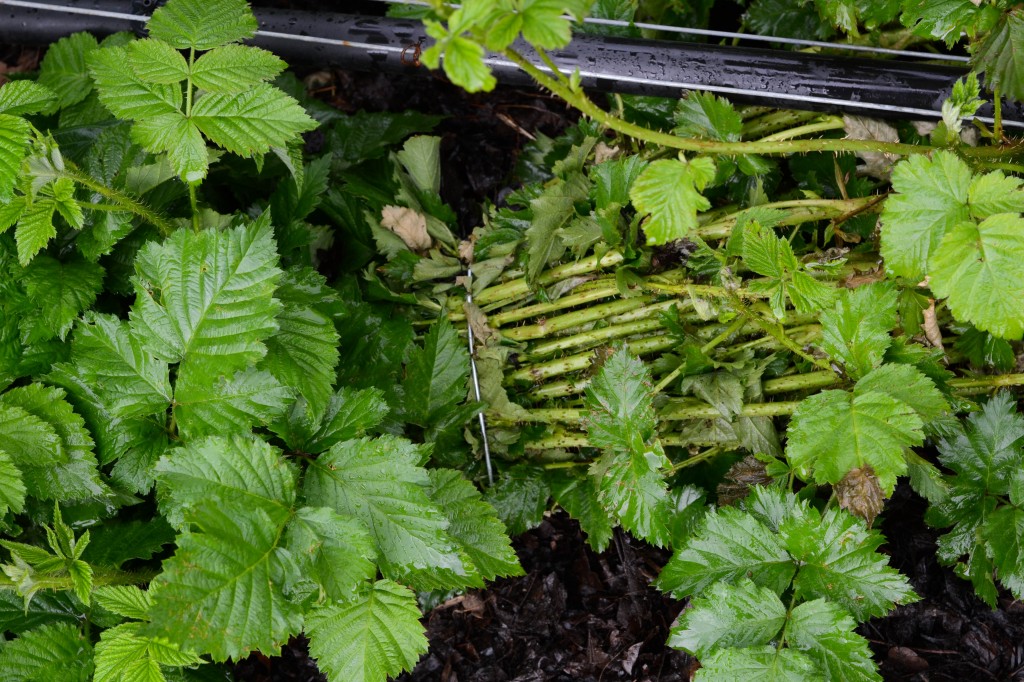 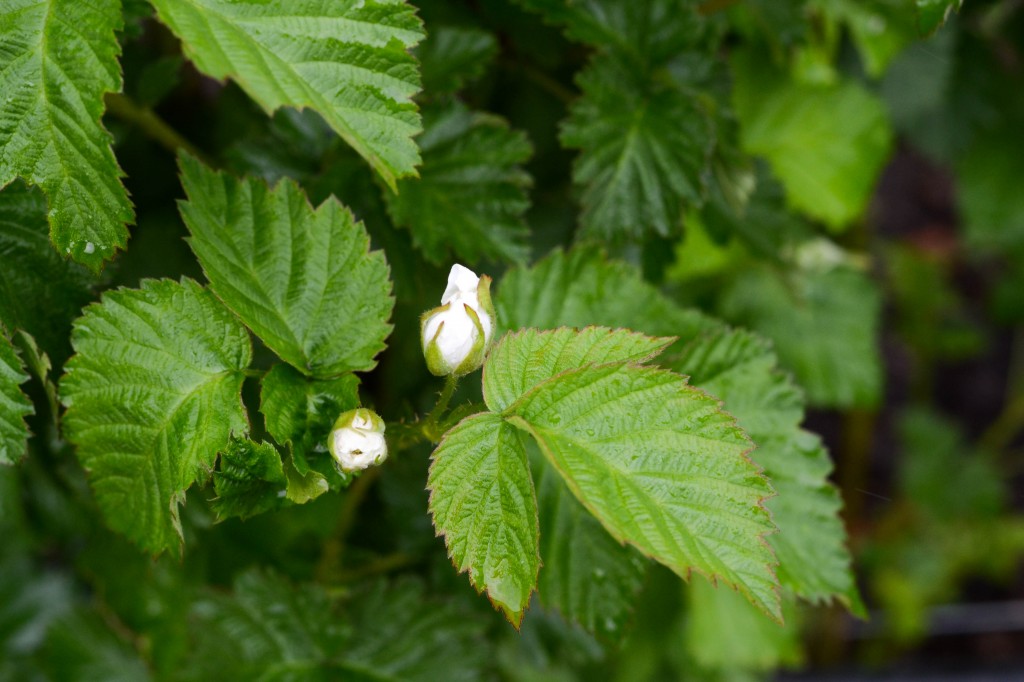